Portland member elected to PROTEC17 Board 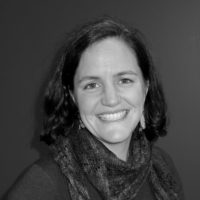 After ballots for the Executive Board election were counted on Nov. 14, Sarah Spotts was pronounced a new PROTEC17 Trustee for a three-year term.

An active union member in the City of Portland chapter, Spotts had been appointed to fill the Trustee position that had been left vacant after some Board transitions over the summer. Since becoming a member in 2013, Spotts has served as a Steward, a Regional Executive Committee (REC) delegate, a Chapter officer, and a contract bargaining team member. Most recently, she led a hugely successful effort to improve the vacation leave accrual rates for employees at the City. Spotts has also been a strong advocate for having Portland representation on the PROTEC17 Executive Board, as their Chapter makes up more than ten percent of the overall membership.

But beyond just representing her Chapter, Spotts is committed to PROTEC17 as a whole, and doing more to promote union membership and improving working conditions for all members.

In her candidate statement, she said: “As an appointed Trustee thus far, I have asked tough questions and, at times, pushed the status quo. This ensures that we reach the best decisions for our union and that we always try to improve.”

In this election, Spotts ran against a formidable opponent — Darren Wilson, an active member at the City of Seattle. Thank you to both candidates for their leadership and willingness to serve!

As for Spotts, she is excited about the future of our union, including the rebranding and all of the other initiatives on the horizon. “PROTEC17 is celebrating 100 years, and I look forward to helping lead at the start of the next 100 years!”