Our King County members are integral to roads and transportation, emergency management, Public Health, and more for the entire Seattle-metro area.

At King County, we’ve had an amazing year of victories for our PROTEC17 members and partners in the Coalition of Unions, including wage increases, extra vacation days, paid parental leave and more. These wins are the direct result of coming together as a union and using our collective voice to make change. Find the full list HERE! 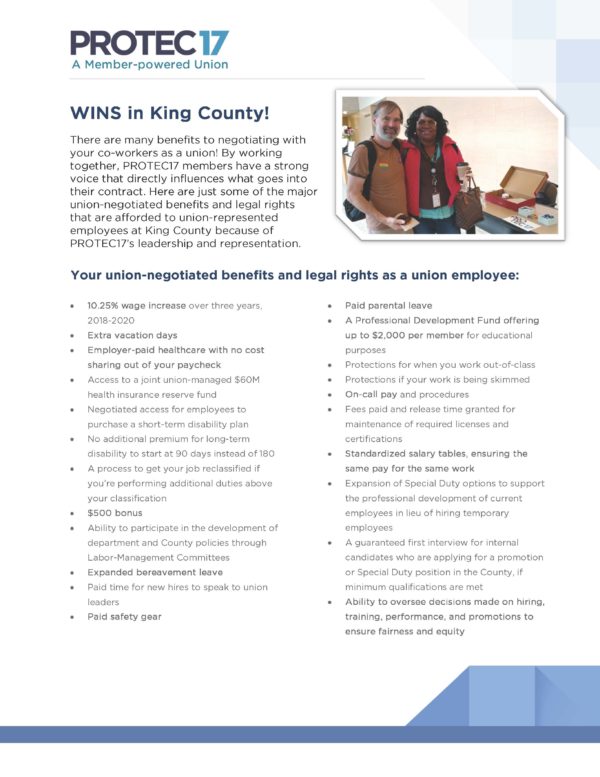 Advance your professional goals through the new Professional Development Scholarship!

As part of the King County Coalition of Unions, PROTEC17 negotiated hard for employees to gain access to funds for professional development in the Master Labor Agreement. Applications are now being accepted for scholarships for training that occurs anytime between March 22, 2019 and December 31, 2019.

Visit the KC HRD website to learn more about the Professional Development Scholarship.

As members of the Coalition of Unions, over 6,000 employees at King County – including more than 2,000 PROTEC17 members – leverage their collective power in order to get the best wages, hours and working conditions. Through the Coalition’s Total Compensation bargaining – which secures compensation items such as general wage increases and insurance coverage – PROTEC17 members will get a four percent wage increase in 2019, a $500 bonus in 2020, as well as a 1.5 percent increase on January 1, 2020 and a 1.5% percent increase on July 1, 2020.

The County also agreed to cover 90-day long-term disability for all employees, increase the vision reimbursement, create a voluntary short-term disability plan, and restore the early retirement insurance subsidy to ensure that retirees that do not yet qualify for Medicare get the COBRA rate. The Coalition was also able to secure wins at individual tables including range increases for several classifications in Transit and Public Health.

All bargaining units will receive retroactive pay to January 1, 2019 once the contracts are passed by the King County Council. 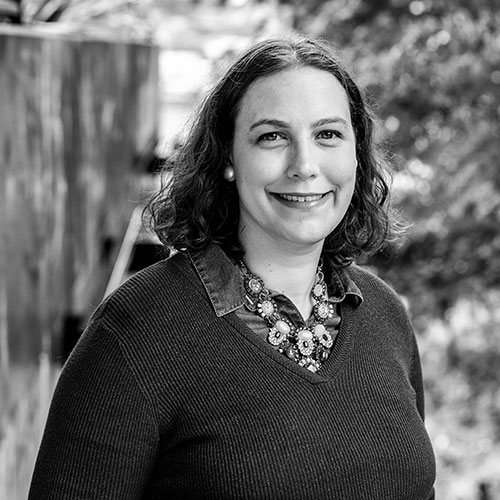 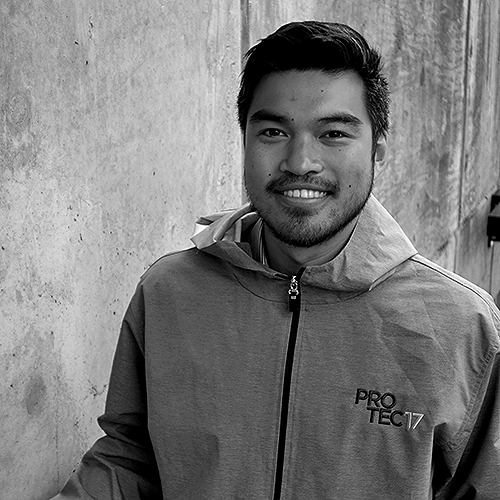 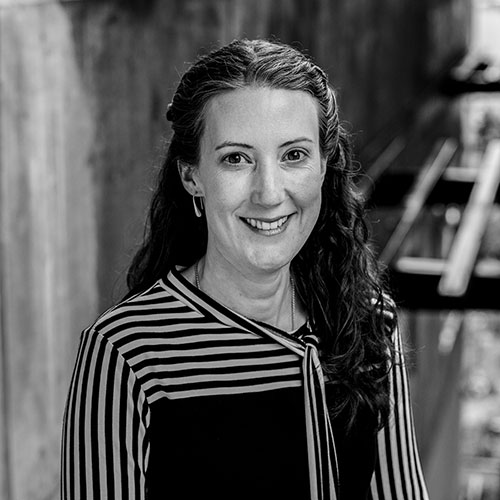