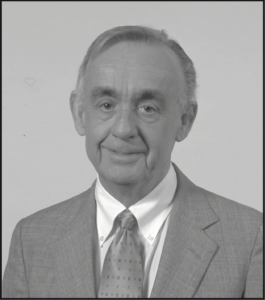 Back in July, Carey Shockey contacted the PROTEC17 office with an unusual request. He had come across a story written by his father Raymond Shockey, who had recently passed away from cancer,  detailing his involvement in a union organizing campaign at the City of Seattle in the late 1960s/early 1970s, and he wanted to know more.

Carey Shockey, a Labor attorney in Boston, Mass., knew his dad had worked for Seattle City Light from about 1961-1975.  During that time, he, and fellow engineer and unionist Bill Koch, helped organize the Engineers into what was then Professional and Technical Engineers Local 17 (IFPTE17), and served as a Union Steward for the group. When Raymond resigned in 1975, it was because he refused to cross the picket line of his union siblings during the lineworkers strike of that same year.

Eventually, life and work took the Shockey family to the East Coast where Carey grew up. Raymond finished his career as the General Manager of the Massachusetts Municipal Wholesale Electric Company and the Executive Director of the Northeast Public Power Association until he reitred in 2006.

“I think unions and collective bargaining spoke to my dad’s conception of fairness,” said Carey.

The younger Shockey first learned about the Labor Movement as a child when he found his dad’s old union card.

“When I asked him what it was, he explained that he’d earned it by helping his coworkers demand better rights at work,” he said. “It sounds simplistic — and it was, I was 10, after all — but it really resonated in my formative political consciousness.”

This simple explanation has gone onto shape the trajectory of Carey’s life – his interests, his friends, his work, and his core belief that every worker should have the freedom to use their voice in a democratic workplace and enjoy all their rights under the law. Being a part of the Labor Movement is also a proud family legacy. Shockey’s grandfather was a lineman in the International Brotherhood of Electrical Workers (IBEW). 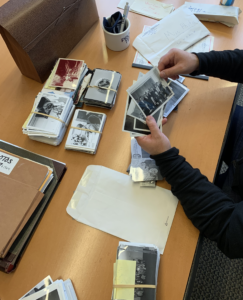 In late October, Carey made the trip out to Seattle to visit some friends and family, and to take a look in the PROTEC17 archives. About five years ago, the University of Washington Labor Archives sorted and stored old PTE17 materials and ephermera, including many records that are now digitized. Carey also came to the PROTEC17 office to search in our loose photo archive from the 1950-1990’s.

While Carey wasn’t able to find any photos or materials referencing his dad, he’s appreciative of the opportunity and the effort to save these important pieces of history.

In addition to his union work with PTE17, “Papa Shocks” – as Carey affectionately refers to his dad – was a great father and husband, loved jazz and vinyl, and had the amazing hobby of amateur race car driving. He and his dad also loved watching baseball together – Raymond was always a Mariners fan first, a Red Sox fan second.

“It probably seems corny, but discovering that union card and talking to my dad about it altered the rest of my life up to this point.”

If you would like to learn more about our Labor Archives, or if you remember Raymond and would like to share a memory with Carey, please reach out to Communications Director Deidre Girard at .

FacebookTwitterRedditLinkedInEmail
Previous
BACK TO ALL ARTICLES
Next
Deidre Girard2021-12-16T13:53:30-08:00
Go to Top